Back to all posts

all gone. the story of a beard.

it began with the usual winter hibernation.
off the road, not shaving for a few weeks.
weeks turned to months and my baby daughter was loving playing with the growing beard so much i let it stay a while longer. 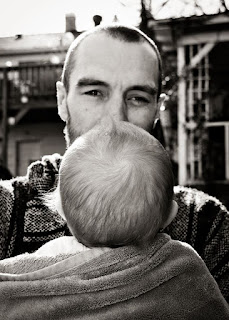 before i knew it i had myself a bona fide mountain man beard, playing shows with a decidedly hairy face and enjoying the shock on people's faces when they realized it was me underneath. 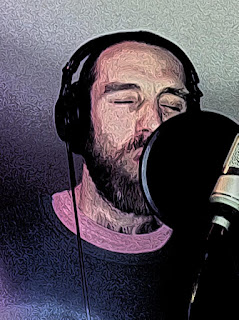 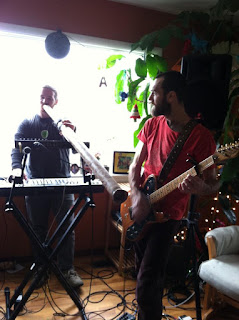 my wife, beautiful partner in life, didn't mind. so i stayed the razor and before i knew it the beard was off to scotland on the mind blowing bronach adventure with me. and of course the beard felt very at home in the highlands. here was born "dark angus of the outback", courtesy of "gentle jamesie" (of the glens). 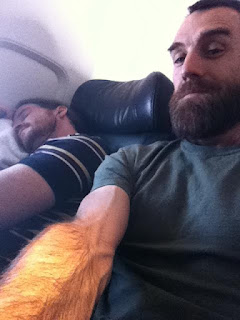 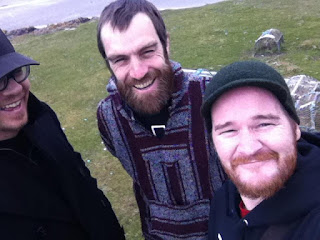 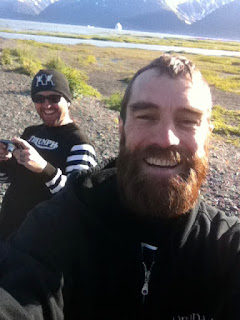 despite having to be introduced as a whole separate entity, the beard never bothered me. and so it lingered as the months went by.
i have been likened to/mistaken for abe lincoln, grizzly adams, ned kelly, a civil war general and, among other things, a homeless man - and enjoyed all the personas. 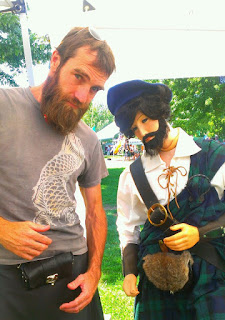 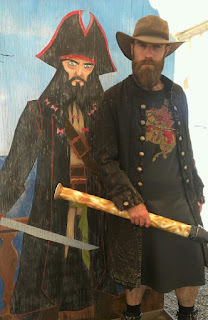 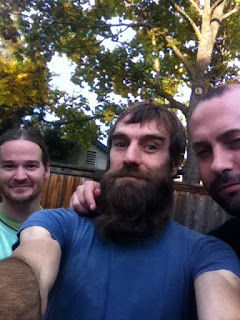 several months ago i felt it was time to say farewell to the beard, and to find a new home for the endangered birds that had taken up residence within.
it was around that time that i had the idea for a video shoot. the beard had a mission. it was to go out in style. little did i know it would take this long to fulfill said mission.
but here we are. and this evening former band mate dez ryan stewart will lead a merry gang of us from a new york subway station to a classic barber shop and back. and along the way, i will say goodbye to 15 months of beard ... 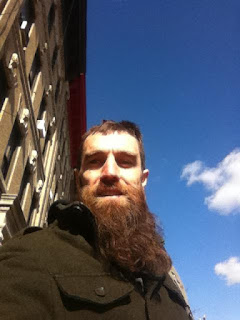 a week down the line and i'm still getting a kick out of actually seeing my face again. the shoot went well, tho with dez coming straight off the back of another 40 hour shoot and our camera man booked for an early morning job, we had to get much done in only a few short hours. 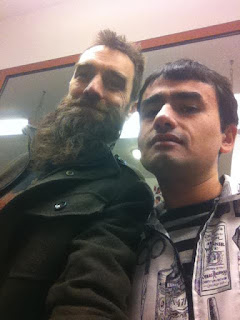 midnight thursday i found myself on my back in a barber chair, somewhere in brooklyn, with a camera directly above me and alex the barber performing his magic with a straight razor.
by 2am we were back out on the streets under a clear sky, getting some vocal and bagpipe shots.
it happened to be below freezing so i wasn't really feeling my new face. but we got most of what we wanted before the camera lights finally died.
and now, dez gets to work on the footage. so, we shall see!
i'm happy to say my little ones recognized me on my return and weren't the least bit perturbed. my 21 month old daughter just held my chin in her little hands and said wistfully, "beeeeard. all gone. all gone." 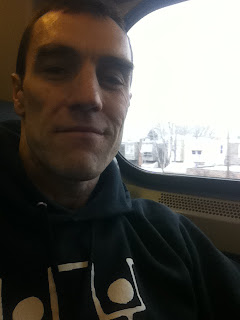